Masala Chai – without the tea 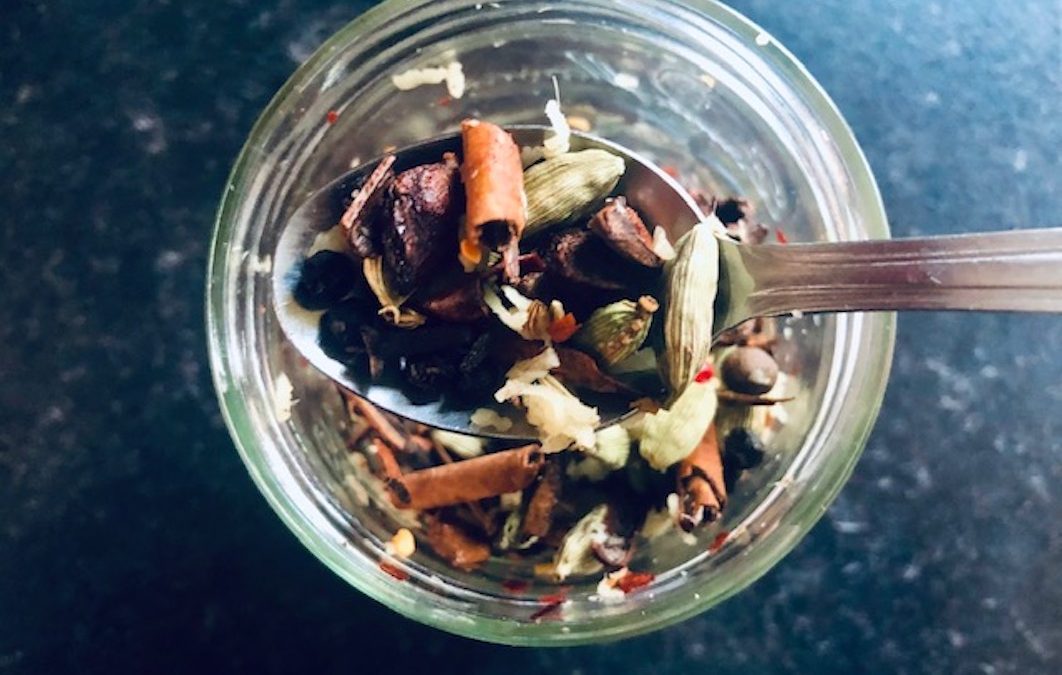 There truly is nothing more comforting than a cup of Masala Chai – it is like a warm hug from the inside.

My love affair with Chai began around 6 years ago. Having just received some pretty shocking cortisol (the stress hormone) results, it was strongly recommended by the Nutritionist I was seeing to remove coffee from my diet. I needed a replacement. And not so much for the caffeine. My coffee signaled little breaks in my day. It was my chance to pause, to stop, to have a little me time, in what was a very busy and demanding work life.

So I turned to Chai.

At the time I was also  consciously cutting down on my sugar intake. So the Chai lattes – you know the kind you can get from cafe’s that are basically just a hot milkshake, made with a Chai flavoured syrup – well they weren’t something I could substitute.

I asked the cafe near work if they could do me a brewed Chai latte – making the Chai up like a regular tea but filling it will lots of warm milk.

That was where it all started. Now I can say it is a love affair that will never die!

A little fun fact in India Masala means spice and Chai means tea. Which is why in India you see it written as Masala Chai or Spiced Tea. So when we are saying I’ll have a Chai Tea we are effectively just saying we want tea tea…

Traditionally it is a rich milky tea infused with lots of spices and a sweetner added, usually honey, to offset the bitterness that can come from the tea.

What I love about Masala Chai is the different flavours that it can bring. It is totally adaptable to your taste buds. Traditionally made with green cardamom pods, cinnamon sticks, ground cloves, ground ginger and black peppercorn, the Masala Chai recipe is not fixed with many families in India having their own version.

I have adapted this to include a little extra spice. I also wanted to keep the spices broken rather than crushed for a different flavour. To allow me to be able to brew the spices for longer I made this without the tea. I find that tea becomes too bitter. It also makes for a great alternative for anyone wanting to completely cut out caffeine or use this as a bed time drink.

Make up a nice big batch of this Masala Chai and store it in a glass jar in the cupboard for up to 2 weeks so you can enjoy your little hug from the inside whenever the need arises. 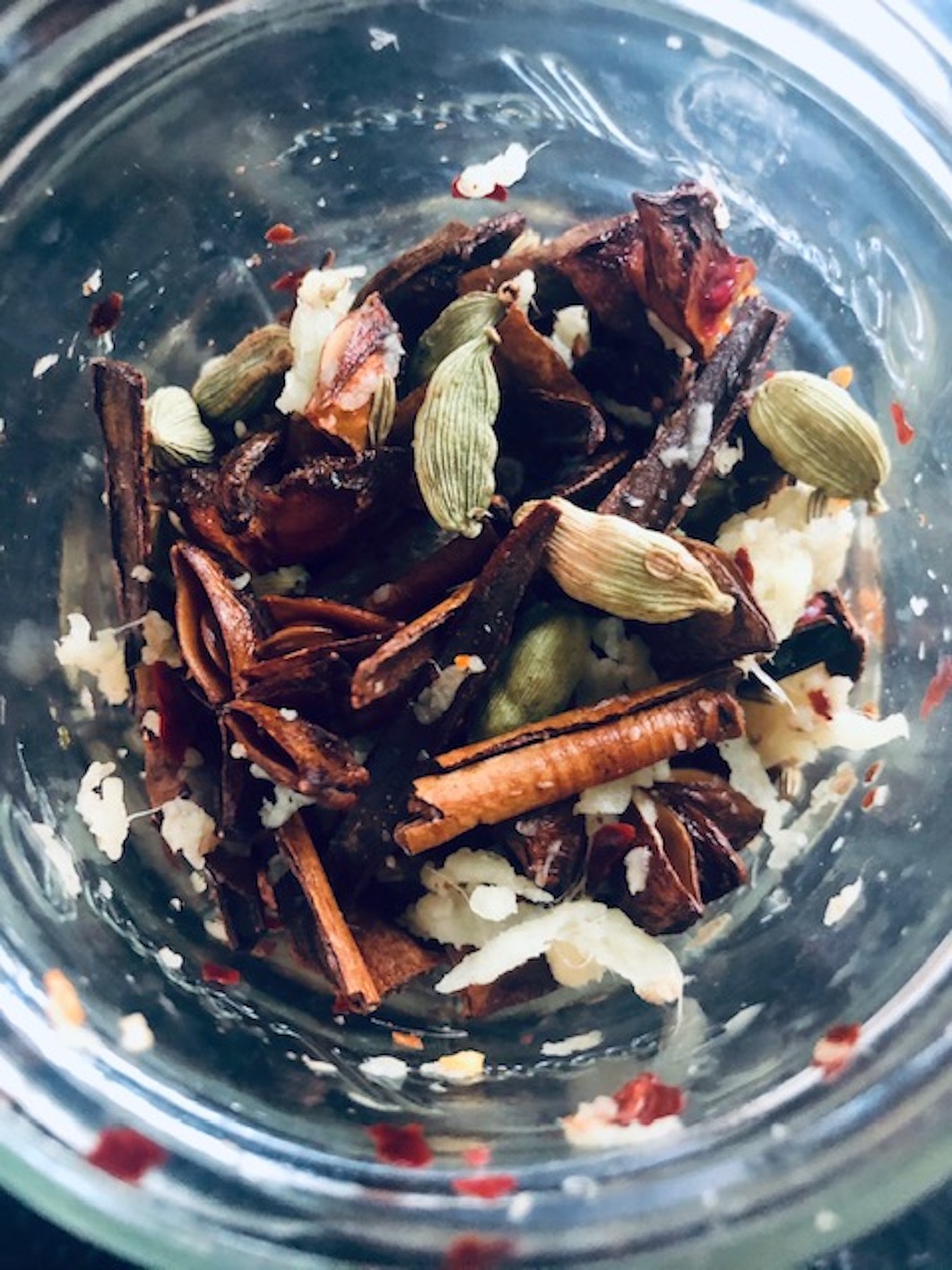 What Do I Need?

1. Put all the ingredients into a glass jar, place the lid on top and give it a good mix

To make your Masala – 1 serve

1. Place 3/4 cup of water into a small saucepan with 2 heaped teaspoons of your Masala mix. If you want you an lightly press some of the spices against the side of the saucepan to bruise a little and let the flavour out.

2. Bring to the boil then simmer for 5-7 mins. I suggest covering your saucepan to keep the aroma and flavour in.

3. Add 1/2 to 2/3 cup of milk to your saucepan. I prefer almond milk in mine as the flavour doesn’t override the subtleness of the spices. Heat gently, allowing the spices to infuse for 3-4 mins, don’t boil.

4. Strain the Masala goodness into your cup. Add a little honey to help bring out the spices. Find yourself a little space of quiet and enjoy the warm hug this drink brings.

You can have yumminess like this delivered straight into your inbox each week.

Not only do you get yummy recipes, you get first look at articles and the musings of my thoughts, all designed to help you Sustain : Strengthen + Nurture your way to finding your HUM!

Simply pop your details into here