Endometriosis: Looking beyond the hormones. 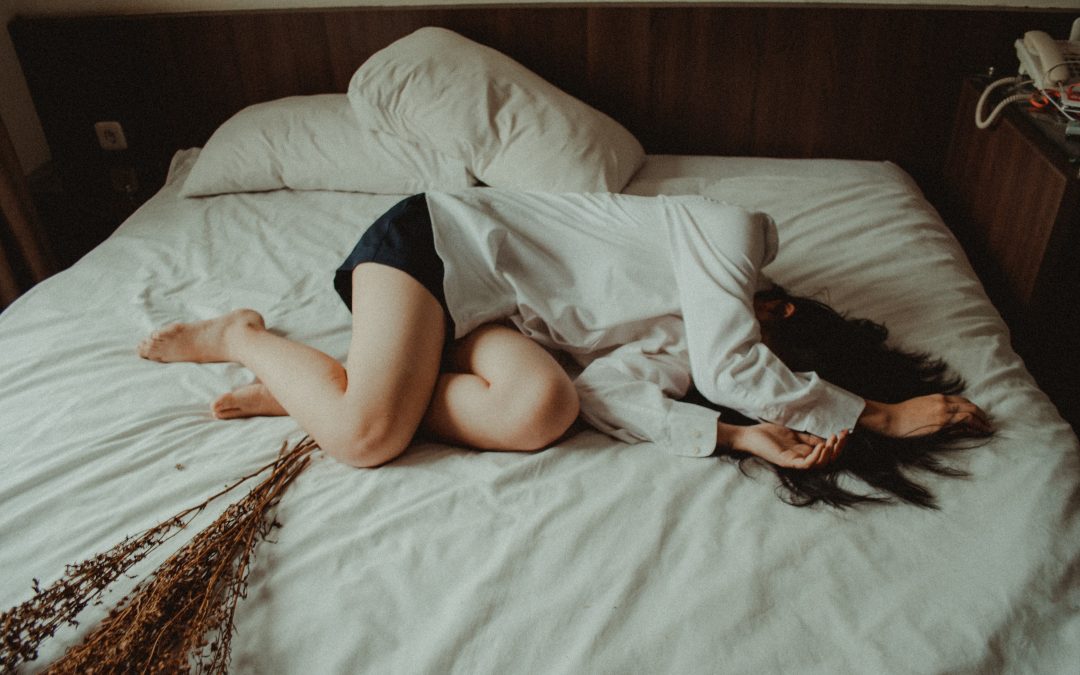 March is world Endometriosis Awareness month. This condition is estimated to affect 1 in 10 women worldwide. Unfortunately diagnosis can take years and due to the conjecture of the cause, treatment can be less than effective. This leaves women with the condition suffering often debilitating symptoms with little relief.

It can be overly frustrating at times that modern medicine works so slowly. As a Clinical Nutritionist I can appreciate the need for evidence back science. I use this in this in my practice. Where my frustration comes from is the resistance to recognise empirical evidence and the knowledge gained by complementary health practitioners seeing patients health improve through ‘alternative’ approaches. This doesn’t make the positive outcomes experienced by subjects any less meaningful.

Before I dive into new thinking around the causes and treatment of endometriosis let’s take a quick look as to what endometriosis is and the symptoms of this condition.

Each month in a normal cycle the endometrium that lines our uterus thickens in preparation to receive a fertilised egg. When this doesn’t happen the lining is shed and expelled during our period. In endometriosis this endometrial tissue is found in other areas of our body, attached to other organs. Whilst this is most commonly through the pelvic region such as on the ovaries, fallopian tubes, bowel, bladder, outer wall of the uterus and the ligaments of the uterus and ovaries, there has been many cases where this tissue is found in areas such as the eyes, chest cavity, and even the brain. This tissue acts like normal endometrium in that it increases during the normal menstrual cycle in response to oestrogen, the sheds as blood when there is no egg fertilisation.

Women who suffer with endometriosis experience often debilitating symptoms affecting their ability to live normal lives. So severe are some women’s symptoms they often result in the need for time off school or work. High strength pain killers can impede their ability to perform day to day activities such as driving a car or looking after children.

Fertility can also be affected adding a psychological impact for many with this condition.

Whilst experiencing the symptoms above can definitely be suggestive of having endometriosis, it can often go undiagnosed for long periods of time. Many of the symptoms are put down to ‘normal’ period pain or explained away with comments like ‘it’s hereditary’ or ‘you that’s just the way your period will be’.

Currently the only way to establish a definitive diagnosis is via a laparoscopy, which is a surgical procedure performed under general anaesthetic, where a thin telescope is inserted through the belly button allowing the doctor to see into the abdomen. Occasionally a doctor may be able to feel the tissue in your pelvis or see it on an ultrasound.

New thinking as to the cause of endometriosis.

Traditionally endometriosis was thought to be due to hormonal imbalance or from retrograde flow – when your period moves back up the fallopian tubes and escapes into the pelvic region. Treatments were given to control hormones in the hope to reduce symptoms which worked to varying success. Alternatively surgically removing the deposits can see reductions in symptoms and can be necessary if the endometrial tissue deposits are causing complications eg: infertility, reduction of bowel movements etc. This however doesn’t address the underlying cause and as such many women will see their endometriosis symptoms return.

Whilst there is no definitive cause for endometriosis, it is becoming more widely accepted that it is not a hormonal condition. It is affected by oestrogen but not caused by it. This means that hormonal treatments either medical (the contraceptive pill or injections) or natural (hormone modulating herbs) can relieve symptoms but do little for endometriosis.

Current research into drivers of endometriosis are focusing on whole-body inflammation, heightened immune response and microbial influences. Our immune system should be clearing up the endometrial tissue/lesions deposits yet our immune system, driven by inflammation, is promoting the growth and invasion of these lesions.

The dysfunction of our immune response appears to be a combination of our genetics, epigenetics (changes to our genes from the environment) and bacteria within our pelvis.

A high level of gram-negative bacteria is common within the pelvic region of women with endometriosis. The toxin lipopolysaccharide (LPS) from these bacteria stimulates immune cells and is known to promote inflammation and immune dysfunction. These bacteria have moved from the gut into the pelvis. This is why the link between endometriosis and small intestinal bacteria overgrowth (SIBO), causing intestinal permeability is growing as a treatment option.

This is not necessarily the cause of endometriosis but it does point to bacterial toxins driving and worsening the condition.

Calm the immune system. Proteins found in gluten, A1 casein found in cows diary and in some cases eggs can disrupt the immune system. A strict avoidance of anything containing these foods is needed for 8 weeks to assess the impact on symptoms. Strict is vital here. Even the smallest amount of gluten or A1 casein can cause inflammation lasting days.

Reduce mast cell activation. Mast cells are highly reactive to oestrogen and play a role in immune dysfunction of endometriosis. Look to eat a low histamine diet for 4 weeks. Add in natural sources of antihistamines. These include vitamin C, local raw honey, pineapple and stinging nettle (great as a tea).

Antimicrobial herbal medicine. Berberine, while not studied specifically for endometriosis, is used in SIBO to reduce the gram-negative bacteria and subsequent LPS toxin. See a health practitioner before self-prescribing, whilst this is a herbal medicine it is still antimicrobial and will affect the gut microbiome.

Hormone Treatment. Endometriosis does cause an imbalance between progesterone and oestrogen. Natural progesterone has fewer side effects than progestin drugs and can help suppress endometriosis lesions.

If you or anyone you know suspects they may have endometriosis and diagnosis is taking some time, don’t give up. Personally my diagnosis took 11 years after first presenting to the doctors at the age of 14 with symptoms. This condition is more widely accepted and diagnosis and hence treatment has improved greatly. Whilst March is Endometriosis month please continue to share your story and champion for research into this area beyond March. This condition does not have to be debilitating.